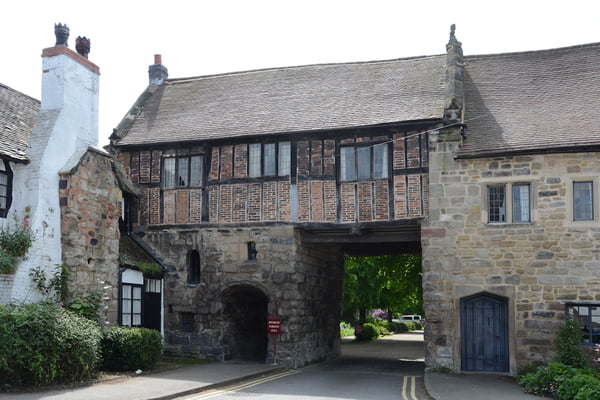 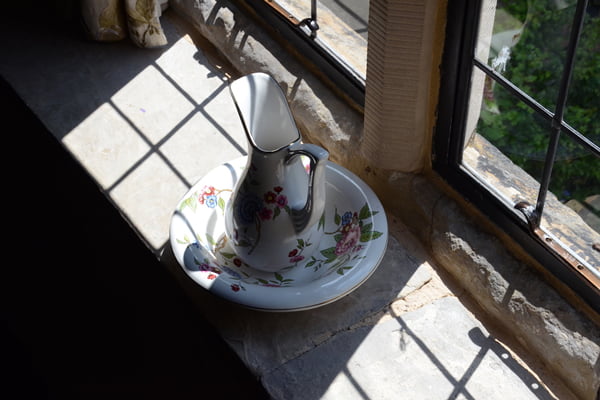 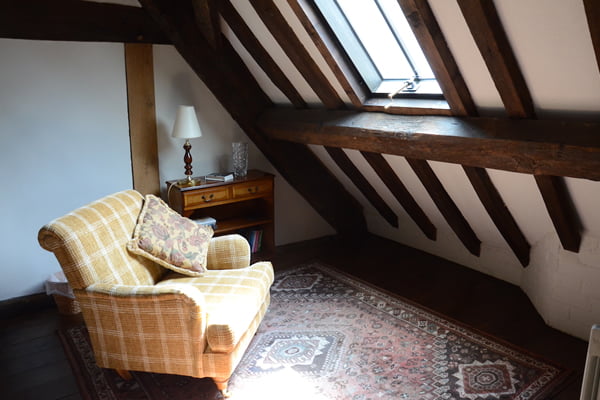 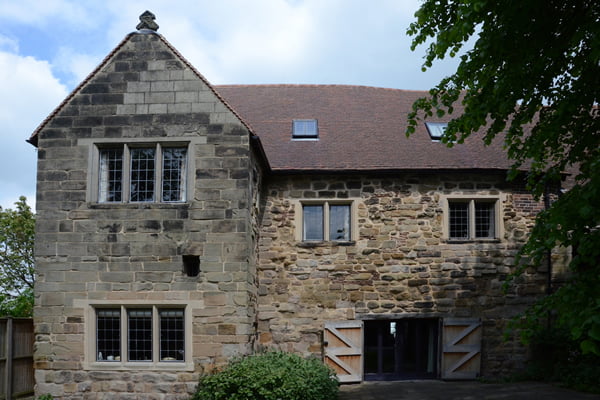 The gatehouse is the first thing you see if you approach the abbey from High Street. If fact you can’t miss it as you have to walk through it!

It’s well worth a visit and please enquire about guided tours.

A Short History of the Gatehouse

Polesworth Abbey was a Benedictine nunnery dedicated to St Editha which was founded in the Anglo-Saxon period and re-founded in the early 12th century. The re-founding by the Marmion family of Tamworth Castle led to a rebuilding of the church, cloister and chapter house. Elements of this rebuilding and later developments survive today within the fabric of the current parish church, which itself occupies the western end of the former abbey church. This, along with part of the cloister wall and the later 14th-century abbey gatehouse are the only surviving upstanding parts of the abbey. These architectural features and those evident on historic illustrations allow for a reconstruction of the abbey layout and have provided the model upon which the current excavations have been based.

The Dissolution saw Francis Goodere acquiring the property and demolishing the majority of the monastic buildings. His son, Henry, built a manor house, Polesworth Hall, to the south of the church. This presumably would have been accompanied by elaborate gardens, although their exact layout is unknown. The site was developed further by Francis Nethersole and Lucy Goodere after their marriage around 1624 and an extant sundial in the present vicarage garden probably belongs to this period.

In 1656 the manor was sold to Michael Biddulph. Polesworth Hall was subject to cosmetic modernisation in the first half of the 18th century and other renovation works were carried out at this time on the church and gatehouse. In 1747 the estate was sold to Walter Chetwynd and from this time its fortune probably declined. Polesworth Hall itself stood until the 1870s when it was demolished to make way for the current vicarage.

Watch our series of videos that chronicle the history of the abbey from medieval times to the present day, and take a virtual tour of the gatehouse and gatehouse croft.

How to view videos

STAYING AT THE GATEHOUSE

Polesworth Abbey welcomes guests for holidays and short breaks in the Abbey Gatehouse, sympathetically restored in 2011 to provide two guest apartments: the Porter's Lodge and the Gatehouse Croft.