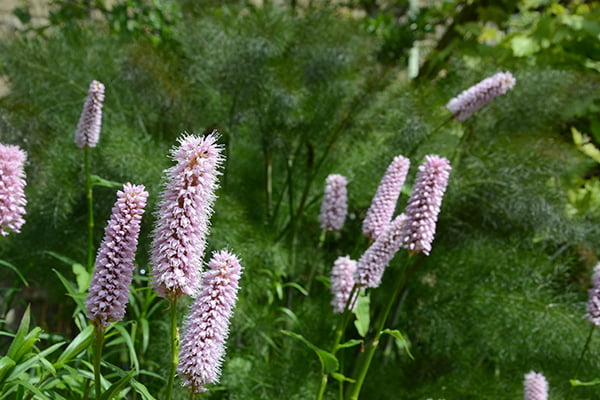 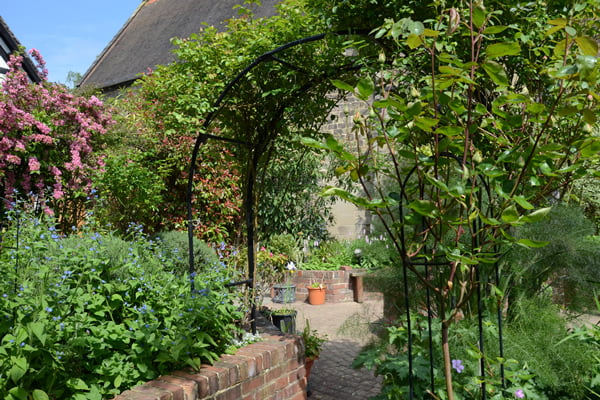 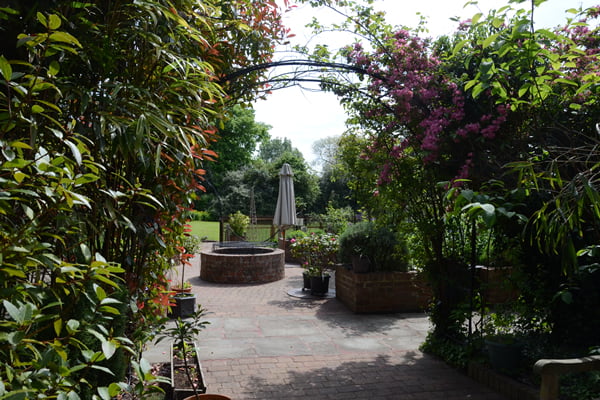 Visitors to Polesworth Abbey can now enjoy the Sensory Garden, which has been established on the site of the Medieval Cloister.

The new Garden was opened by Hazel Parsons, a local Community Champion, who had the idea of the Garden and has collected funds in the Hazel’s Helping Hands Charity Shop in.

“Hazel’s idea for a peaceful garden available to local people and visitors was a inspired”, said Father Philip, the Vicar of Polesworth Abbey. “Sighted and partially sighted people are welcome here to discover the peace of the Abbey site where for almost 700 years Benedictine nuns lived. Their prayers and concern are continued by the Abbey Community who now keep the Abbey open on Tuesdays, Wednesdays, Thursdays and Fridays and over the weekend for people visit.

The Garden was opened in the presence of Councillor Adrian Edgington, Mayor of North Warwickshire and invited guests including blind and partially sighted people who had taken part in the design and construction of the Sensory Garden. The Garden has been supported financially by local people including Mr and Mrs Tony Mouseley who donated their Golden Wedding Anniversary gifts and other who have given gifts in memory of loved ones. All these were remembered at the opening service.

The Garden has been designed by a landscape architect, Max Askew from Waterman CPM. Max received the ideas from blind and sighed people who had taken part in visits to sensory gardens, including Chatsworth House, in September 2004. Max explained that the garden is based on Medieval garden designs including herbal plants used in cooking, medicine and dying cloth. “The new garden is on the site of some of the Abbey buildings and archways take visitors out into the Medieval Cloister area.”

The project has been funded by Heritage Lottery Fund to improve access to the historic Abbey site. Other funders have been The Heart of England Foundation, Awards for All, All Churches Trust, and the Warwickshire County Council Community Development Fund. Over 200 hours of Volunteer time have helped the contractors, Thomas Roy Construction, with the project and Newton Regis Garden Store has supplied the plants.